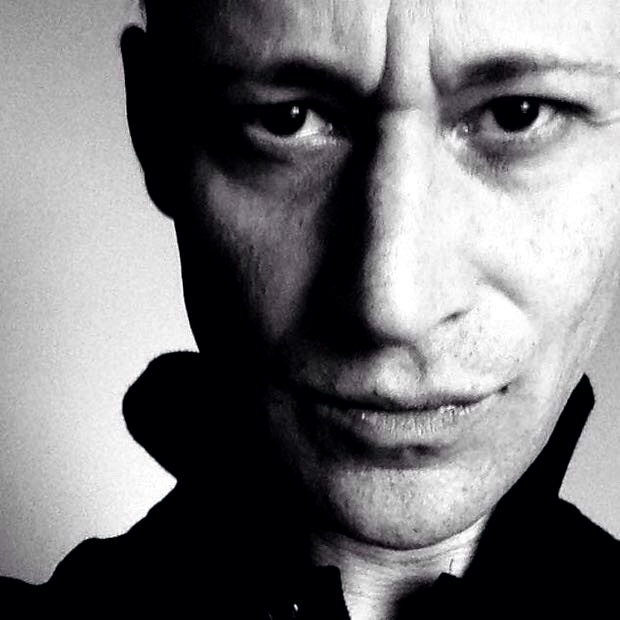 Translation from German by J.W. Gabriel

Do you take photographs unconsciously or do you rely on some concept?

Unconsciously, intuitively. I rely on a certain suspicion which I cannot put a name to and wouldn’t want to name. Places have always appealed to me, ever since childhood, a little corner of the garden, say. Later my field of vision expanded, which is why I have always liked landscapes. This grew stronger when, at age eleven, I saw books on Impressionism at a neighbor’s house and had to look at them again and again until she bought me paints. These were pictures you never could see outside or on photos. Pictures that showed more things and differently from anything you could see with your own eyes. Then I started to copy some of these pictures and then paint my own landscapes. These were freely invented, or I remembered some view I had on a walk with the neighbor lady and painted that. When playing with other children I always had to be the most creative one, who had the ideas, that was nice but demanding, too. It was a consolation to see pictures that were more creative than mine.

My concept is to avoid every concept, which is why I work with chance and try to do a lot of things in photography “wrong”. Reproductions, potted versions of supposed reality, don’t interest me. Photography is unreal, alienated action, and I try to exploit this. I try to make images that show things you cannot see. Concepts always have a lot to do with ideas, and ideas often stand in the way of unpredictability.

When I do have a conception, it’s often a psychological need: absence, self-forgetfulness. There were sociological compulsions in my childhood, so I often had the urge to be the center of things. But basically I didn’t want that, so in my free time I used to look for activities where I could act in a self-forgetful way. It didn’t necessarily have to be creative; riding my racing bike for hours, cross-hatching an architectural plan could give me this feeling, too.

Pictures have to do more than I could ever imagine, which is why I try to be absent when I’m working, in order to be as little present in them as possible. I think my only concept was unconscious: simply waiting for a long time, trying a lot and rejecting it. But all of this always was connected with imagery, whether art, architecture, film, or visual reality. I think I have waited so long until I was filled with imagery, which explains why in my many photos I see the few that are truly images, pictures. And then I hope they speak to the viewer, too, without needing any explanation.

Is instinct the key to your photography?

I wouldn’t call it instinct, that sounds too forced to me. Naturally a lot happens unconsciously, but not searching, let alone hunting; there is neither culprit nor victim, because I am too absent from my work. I  tend to think yearning might be a key.Yearning for what seems invisible, yearning for something hidden, without wanting to discover it. It’s more of a suspicion than an instinct, and you might recognize predecessors in the suspicions. The memories. I think the aesthetic in my pictures reflects this longing, too; you can hardly long for something that isn’t beautiful as well.

I neither express anything in the imagery, nor do I process anything. That wouldn’t work anyway, because I don’t make the pictures, don’t even recognize them, just perceive them after the fact. Basically my work is not creative; I just establish preconditions for the images to show themselves.

The activity isn’t always the same, either: I often work with the same motif over and over again, in a ritualized way, or I am travelling, by car or on foot. Then places are the trigger to take photos. I think the places that appeal to me are a complex web of memories, perceived through an indeterminate vision. I was often bored as a child. A terrible boredom is damned real, and it empties reality. After I lost the ability to dream lucidly, I needed the images to fill the emptiness of the presence of boredom. This is probably why they always reflect a dream logic. I think dreaming is one of the keys to my work.

What motivates you to keep on working? Do you have a message?

The most banal reason – because I can’t help it.

I have started a few things and rejected them, was searching for a long time. Basically everything was always there, just overlapping or hidden. Now, everything has indirectly come together in my work, painting, drawing, architecture, film, and naturally photography. I started taking photos at a very early age, at about six years old; later I had my own darkroom. Then came digital photography. I couldn’t appreciate it and just stopped taking photographs altogether. To go on on an analogue basis seemed old-fashioned to me. To finally find a method of overcoming this loss, to be able to accept digital photography, and at the same time to return to the beginnings of my creativity – that was a liberation. This feeling is a motivation per se.

My photography is a permanent surprise, since I neither plan the pictures nor can I predict them. The curiosity associated with this, and the fact that I can reach the viewer and get confirmation of this, keeps my work going.

I don’t have any message, and in that sense nothing to say. For a time I wrote scripts, which took me to a  borderline where I had to realize that the only thing that concerned me was pictures. Sure, a film is a story told in pictures, but it has to pass through various figures whose dialogues, thoughts and emotions have to be thought through in order to express something.  In the course of this work I began to realize that I prefer to express myself directly and can make no statements by means of an art. Sure, my titles sometimes seem to say something, but they are just as intuitive as the images and they have an encoded meaning, if at all, that doesn’t always superficially conform with the image, not alone naming it, and which I don’t always understand myself.

I tend to have wishes more than messages. Naturally it is fundamental that viewers enjoy the images, so sometimes they can be beautiful. I also hope that viewers can see something of their own in them, can develop their own stories, ideas and feelings. Viewers should also be able to question their own perception. Perhaps people who have practice in this let themselves be less corrupted by an apparent reality, which is only the way it appears in order to be consumed.

When you are taking photos, do memories, emotions, head and heart come together?

If they do, I don’t notice it. I am very present in my work, but absent from my self. Self-forgetful. This state is focused without being goal-oriented, it is seeing without fixating. It’s a state that other people might achieve through meditation. You can’t turn off memories, emotions, head and heart in this way. But you can shift them into a different state. We are often at the mercy of these authorities and they are confrontative or even mutually contradictory, and lead to inner conflicts. I feel very much immersed in my work, borne up or floating, despite the fact that my photography has a stressful, sometimes irritating physical component on account of the movements in it that are often unharmonious.

This work and its results cannot emerge without memories, feelings, head and heart. But no memories are overcome within it, no feelings are digested, there is no intellectual model intrinsic to it, nor do I feel especially devoted while doing it. Everything is there, but it is absent and silent, meditates and works in a dreamlike way inside me. Maybe these factors come together in a way that they release themselves from me in order to be able to appear in the imagery.

Can you be aware of the moment in which an image appears and you can capture it?

No, not at all. Basically I don’t know anything else, either, except that I want to photograph at a certain place. The place finds itself, or I already know it and choose it based on the kind of imagery I want to try out; the light might play a role, too. Then I work in series, changing points of view and technical things. Usually I don’t look at the display. I only look at the results when the photographing is over for the day. The only control I permit myself while working are individual images, to see whether I am on the right path. The best thing is to see an image that surprises me, then I go on working. Otherwise I change the place, or other technical things. Naturally I have certain experiences in the meantime, and know when what could happen. Yet what that will result in together with the motif, light and shade, I can’t predict.

The images do not emerge until the camera work is over. They emerge when I keep them. Things that are only photos and not images I immediately delete. I decide this in a matter of seconds, and then again in one or more viewings. So this has nothing to do with the magic or illusion of the moment, which photography has always celebrated. It’s a different mode of time: I have the feeling that the images have always been at these places and that I only render them visible, in a time that doesn’t pass. Or to say it with Plato: “Time is the flux of eternity.”